On succeeding at random and expressing at best 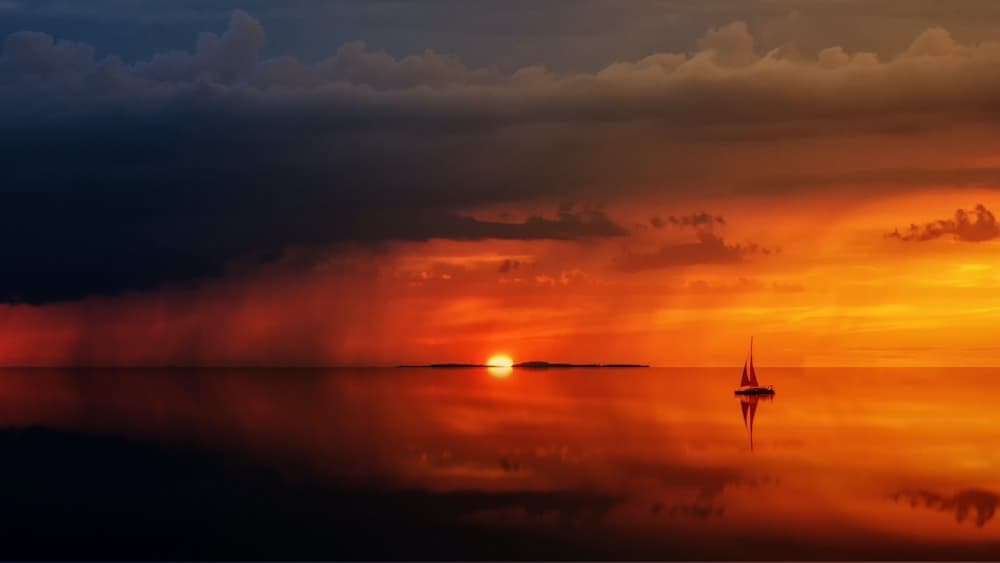 Photo by Johannes Plenio on Unsplash

My dream to write for a living has been shattered so many times. By dint of reassembling it, I now hold a glass that is half-broken, more than half-empty. It is no longer of any use.

I am constantly poised between “it could have been” and “maybe it will be.” Sometimes between “it wasn’t” and “it will never be.” It depends on the day, on the mood, on what I write.

“Yet you were one step away. You were nice and ready as a novelist”, I tell myself. “You just had to continue as you were doing. Who knows where you would be today.”

Where would I be today? What kind of question is this?

What matters is where I am, not where I could have been. History isn’t made with “ifs” and “buts,” they say. Well, maybe yes: that of those who could but never did anything. It’s a kind of history as well, even if it’s not funny at all.

Today I think that my salvation is precisely that half-broken glass. The uselessness of the old dream sets me free. From the suffering of the past, I drew a strength that makes me unstoppable. I won’t chain myself anymore because now I know what the chains are.

This period of my life has the flavor of a deconstructive phase. Yet, the sign says “Under Construction.” What the heck am I building if I feel I demolish? I don’t know.

I am a work in progress. That’s all.

I resumed writing with such enthusiasm that I sent a new novel to the best Italian publishers. To those same publishers, I ran away.

Who knows what I hope to accomplish: I’m a tiny thing struggling to keep afloat, and the publishers are a sort of giant, industrial harbor that has no use for a small sailboat. You don’t represent something breezy to escape. You are a personal expression. A rebel who instigates. You still aspire to meaningful, thoughtful literature.

You timidly sail towards the entrance of an enormity that welcomes oil tankers, floating monsters crammed with containers, transatlantic liners, and occasionally yachts. If you are small, you must be at least a speedboat—one of those that runs smoothly at the speed of the intangible. What matters is that many see you pass and think you are fast-paced.

Mine is now an unconditional surrender to Cosmic Nothingness.

I know, there isn’t only that around. But I see too much junk—quintals and quintals of paper to pulp. Whoever shines nowadays shines elsewhere.

Time is up for romanticism: either you look good inside a box with brightly colored LEDs, or it is better the elegant, massive, solid wooden crate you built ends up in the attic or the basement. It deserves dust.

There is no longer any place for those who imagine a world turning at average speed. He is a misfit who still believes in the power of the word heartfelt, pondered, and handled with love and care it deserves. At best, one that will never make his way in life.

They also shake their heads, patronizing. “You didn’t understand. Your belief is far gone. You’re a walking dead. You’re one of those who better disappear. Do not torment us with your presence.”

“Well,” I think. “I sent you one novel in sixteen years. And I wasn’t even so sure.” In short, it is not that my dream was the Hamburg harbor. I liked the idea of a pirate island, actually.

True. The wait has just begun, and I don’t want to talk about this.

What will I do with my life? I wonder. In a way, I tell myself that this time everything will be different. What if they publish my novel, and I will be successful? It matters to me up to a certain extent. It would be more convenient that way, certainly more enjoyable. However, I know well that the publication doesn’t change anyone’s life. You join an elite made up of another tiny elite and a vast majority of people who will fall into oblivion again soon after.

“You are not a speedboat, dude!”

Yeah. I am a sailboat. I’m silent. I shyly move in a rough sea. When stormy, it is better that I remain moored and that the breakwaters protect me. May Neptune help us all!

Do you know what the world out there is, you who want to write for a living?

An ocean made of gigantic waves and plagued by hurricanes. Where do you want to go, poorly deluded? Your fragile white sail will be torn and carried away by violent and impertinent, even mocking winds. Do you really want to experience something like that? Let yourself be torn apart and mistreated, tossed here and there while the angry foam of a sea that is too strong hits you and hits you again until it breaks you? And then it swallows you and sucks you to the bottom, where you will lie for the rest of your sad, unheard death?

Do you want to give your truth to such a leviathan?

Yes. They managed to convince me that the above was the truth. I made off because I was wounded, afraid, and little by little, I have further torn apart myself. After all, there are no worse torments than those inflicted on us alone.

Alas, I survived and found that a sailboat never sinks. You must destroy it against the shoals of some shallow water, while those gigantic waves can only frighten it, overturn it, but not sink it.

As long as I want to speak, my voice will never fade.

It’s straightforward. I’m not interested in chatting about creative writing courses. The gurus. The mentors. Celebrities. Social networks. Marketing strategies. The hordes of readers. The thousand True Fans and all the BS & Co. theories. Fine, someone who believes in me, perhaps? No, not even.

To write, I don’t need anyone.

I only have to write if what I want is to write.

I write, therefore I am.

If a publishing house believes in me, I will thank and be happy to work with its professionals. I am a veteran, however, and the ocean you picture to impress me no longer has any effect on me. To sail across it and be greeted by a drooling crowd upon my arrival isn’t my aim anymore. I want to sail.

Moreover, I understand when you exaggerate and exceed the limits of the scarcely believable – just as I know when you restrict yourself for convenience.

So put the idea out of your head immediately. Stop it before you start. Waive it. It is not easy to make fun of me, flaunting who knows what horizon in my face.

You can scream “Land!” from the crows-nest, peering at me if you like acting. Go ahead, but look, I know that thin line of light is the dawn, and you’re not leading me anywhere. I plowed the seas wrapped in a perennial night for so long that I no longer yearn for the light. I enjoy it, but I also live in the shadows.

The only horizon I have in front of me is the one that I can reach by walking alone, steadfast in step, firm in purpose, visionary in my direction. I will follow me and myself only: a true revolutionary these days!

I will because I know that my truth lies deep within me, just as anyone else’s, is an inner matter. There is nothing outside. It is my essence, not that of the market, of logic, of convenience, of the Pied Piper on duty.

I will be my expression, not derivation.

I’m interested in all those who are still interested in dreaming. I love readers who still read for mere pleasure and passion. I love those who write because pushed by something that has nothing to do with succeeding at random and everything with expressing themselves at their best.