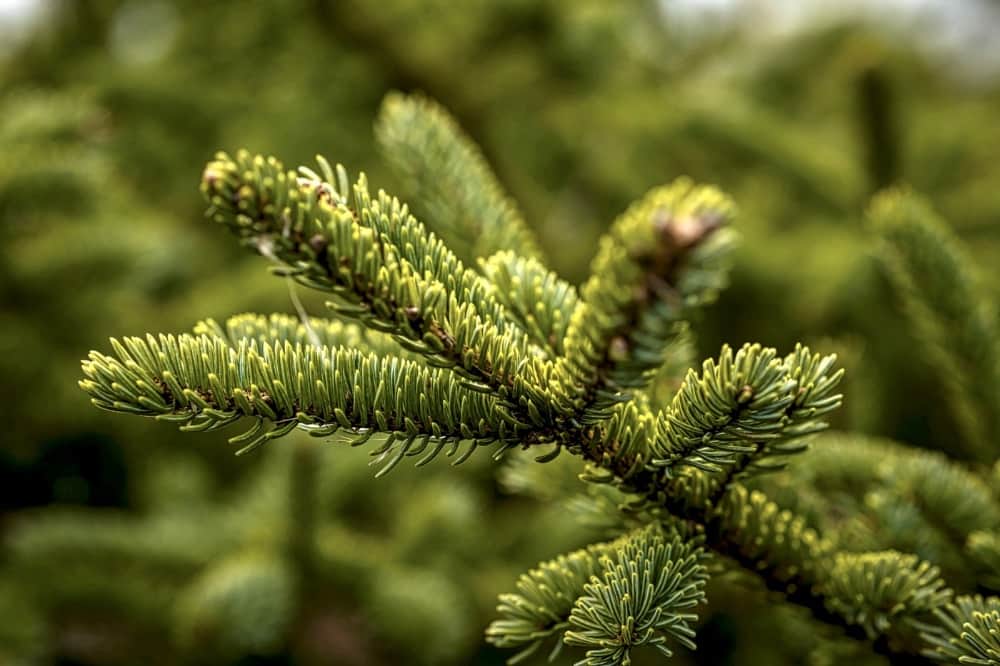 Photo by Tim Foster on Unsplash

You cannot become a writer.

You are a writer, and a writer is natural.

Or you aren’t, and there’s nothing you can do about it.

Maybe it sounds harsh. Even worse, it sounds arrogant said by someone who believes to be a writer. Understood, but I have my reasons.

First, I am a novelist. And yes, that’s how evil I am. I think many write, few are writers — even if everyone would have something to say potentially, and that’s another of my beliefs.

Second, I don’t think to be special. I am a novelist as you are journalists, copywriters, editors, publishers, teachers, psychologists, actors, football players, musicians, painters… whatever you feel to have expertise and knowledge plus a natural disposition.

I’m not special; I am a novelist.

Third, I have my truths, but I want a dialogue. Do you know the storytelling theory of the reversed triangle? We are at the beginning: almost everything’s possible! I believe in you novelists. I think we novelists are a core, a vital tassel of our societies. Yes, in these days too. There will always be people reading novels. Novelists will never die out.

We are a reference. The fact put on our shoulders a responsibility. At least, it should be seen like that. Yet novelists often reject the truth.

Why? They aren’t novelists. They just learned a craft.

I avoid populism when I’m talking about writing. I cannot be selfish and lie to you about my beliefs not to risk judgment, and I am no hypocrite.

I should take it easy, but I lack wisdom.

When it comes to writing, passion has a lot of power over me.

So. No will of arguing with or insulting who thinks differently. That’s perfect. It’s just that I embraced that responsibility. I lived it until it grew into a feeling—a way of being. I wrote a lot, and in 30 years, I got an idea of who a novelist is.

I’m talking to the novelists here.

If you write novels, I would LOVE to read what you have to say about your story. In what differs, why you think I’m wrong and in what you agree with me.

I intend to write a second article resuming our melting-pot of perspectives.

I hope it sounds acceptable to you as it sounds to me.

In here, there are tons of good writers and several novelists. Maybe there are many more who don’t care to write articles while enjoying reading regularly.

If you prefer, send me private notes.

Writing is a desire for communication. Does it sound crazy to communicate more?

A fact brings me here.

There’s a certain amount of writers in my Italian mailing lists. Many are reading and appreciating.

Communicating? The percentage is so low that it makes me wonder why writers want to sell their stories to people if they don’t like to talk with people — by writing: no one is asking them to make a video conference!

Indeed, the vast majority of published novels don’t sell at all. I’m talking about published authors now, not indies, as the seconds are more subject to anonymity, and many times it’s not a matter of low quality.

Resuming, my thoughts about writing are mine, and I count one—nothing more, nothing less.

Let’s Dig Deeper: Who Is a Writer?

It depends on which is the definition of “writer.” Such a definition is complex, and a resume would be prone to misunderstandings. Let’s try a different approach.

Use your imagination and go back to the teenage of your favorite writers. How were they? The “being a writer” phenomenon should manifest itself during teenage, if it’s true they are naturals.

Now, I don’t contemplate teenagers writing one thousand pages novels: those are marketing. It’s more about first signs, the “symptoms of the pathology.”

Incubation can last until old age.

At 14 years old, thinking about John Ronald Reuel Tolkien felt like looking at the peak of a huge, snowy mountain from its base.

That imaginative teenager was feeling something more, still unable to understand what it was. He glimpsed the truth behind the myth: the man, creativity, unconditional, inspiring love for words. At last, the passion for storytelling is building a bridge between who writes and who reads. To meet.

My daydream was a shiny vision of who I wanted to be, enormous in scope. More significant than everything else. It conquered me.

What a powerful image, but it’s inaccurate. I was struggling, divided between writing and music.

I suspect I was better at playing.

Okay, I wandered off. Twice.

Tolkien was one of the five professors behind the Oxford Dictionary curation. Very, very respectful to me. The devil is in the detail; he was even a man believing that fantasy creatures were real.

“I’m not mad!” I said to myself. “What a great precedent! No one can jeopardize my secret plan.” I had found a fact that was strengthening my will to become a writer.

If I could advise you just once, I’d say: “Don’t grant too much importance to what other people say about your art” — Don’t do what I did. Follow your lead. Respect their opinions, listen carefully, but move on with no second thoughts.

Don’t care, listen, and move on. If you are a writer, that will suffice.

Even because you have no time, we all don’t. Writing novels takes quite an amount of time — then there’s Russell Nohelty. Clock’s ticking…

It seems I wandered off again.

Tolkien wasn’t attracting me for his literature alone. He was a walker of woods, forever friend of the trees, defender of all the natural wonders we are destroying little by little, merciless. In my case, that was the strongest bond possible.

He was my friend, even if we never met in life. I grew up surrounded by conifer woods. Trees were my companions, my habitat. In a valley of the Dolomites, there’s one big pine planted by my child’s hands. I’m proud of that 40 years later. Tolkien would have understood me.

I still believe it.

Being a novelist is running a relay race. There’s no such concept as “the first novelist.” All of us owe to other novelists who we are when we write. With time, experienced, we add some personality: a style, a tone, and a perspective.

The bridge was completed, the banks united, the relay race prolonged as a new link was added to the novelists’ chains.

That imaginative, respectful professor woke me up.

Writing chose me. One of its heralds reached me and changed my perspective forever. I believe Arts are not chosen. They choose us, and there’s no turning back.

A novelist is someone that embodies writing. Her inner life hinges on writing and her actions seem to wringing writing. She imagines worlds while words are pouring down on the page. As if she was there.

A novelist lives more lives, meets more people, has many friends and some terrible enemies. All by using herself as a channel for… something.

We novelists don’t know what’s going on exactly. That’s the truth. There are pantsters and plotters, but no one has a clue.

There are mysterious aspects of storytelling. We are channeling something, and I think it happens to other kinds of artists too.

I’m not talking about God, though.

I’m talking about nature. Creativity has its ways and walks its paths—unintelligible ways and invisible paths. Sometimes it goes straight, sometimes it vanishes, leaving you alone. Sometimes it falls in you from above, well above and beyond our comprehension.

After a lifetime of writing and many exciting dialogues with other novelists, I know that I’m not alone.

It happens more often than not that writers read their drafts and wonder: “Did I write this?” Staring at a beautiful paragraph, filled with a certain magic, even if slightly stained being the first draft. But, hey… “Was it me?”

As if you weren’t present when you wrote it.

The unbelievable happens by writing.

What we write cannot always be explained by techniques or an excellent craft. When you’re in a story hundreds of pages long, you become that story. Not only during the months or years you work on it neither for some time more. You will be different for the rest of your life.

That’s why we live more lives.

When You Think of Knowing Your Writing Direction, You Find Yourself Standing at a Crossroads

The herald had one task: hook me.

In the beginning, you already are a writer. Nevertheless, nothing is clear, neither your identity. You’re still a green reader, let alone a writer. That was when Ursula K. Le Guin came into my hands, and I knew I was lost forever.

All of a sudden, Tolkien appeared less critical.

That happened after reading many novels and many authors. I was an avid reader, in fact, as all writers are, but when I first read “Earthsea,” I faced my writer’s soul. Its deepness was astonishing and terrific.

Earthsea. I still see that shadow running away. Or that colossal dragon coming down and transforming herself into a young girl who moved here first, barefoot steps on the rock and laughed. She didn’t remember how light we humans are.

I wanted that magic, and I was so far away!

That was the first time I was experiencing prose echoing within me as if it was poetry, and strangely everything was clean, precise, and… gentle because Ursula Le Guin belonged to the gentle kind of humans.

So, I Asked Myself: Do We Writers Have Such a Power?

Everything is possible, and facts can dismantle my story. There are always several exceptions to each rule. A writer knows that life is stranger than fiction.

I know mine is nothing more than one perspective about novelists. That’s why I’d like to hear about your personal experience.

At most, a novelist becomes aware of being a writer gradually. If it feels unexpected, it’s just because signs require a confident attitude to be noticed.

We are all different, and not all the attitudes help.

Unripe novelists are drifting in a large river of thoughts, enjoying reading and life, until they reach the waterfall.

When they start to fall, and there’s no going back.

There’s no going back. That’s when you are a writer.

When novelists are writers, a long chain of reasons define them, starting from a kind of call. That’s not learned. It happens or not. No “creative writing” course can teach you that, and no skill can call you back to serve on and on again.

No craft can make you be someone who you are not.

If you’re a writer, you write and cannot stop.